Sempi is really into superheroes and police. The other day I was walking him to school and he tells me,

Sempi: Appa, can I tell you a secret?

Me: Wow, really? Why didn't you tell me sooner, I could have used your powers to crush the boxes in the recycling bins.

Sempi: You can't tell anyone. Well, maybe just amma, but no one else.

Me: What about Vian?

Sempi: He's too young, he might tell someone. Maybe when he grows up you can tell him.

Me: Do you think when he grows up he'll also get superpowers?

Sempi: Yeah. Even you have superpowers appa. You can be police.

Sempi: Yeah, you can be police who stays indoors and we'll contact you for instructions when we're fighting bad guys. You know, since you're good with computers.

*sniff* My son thinks I'm good with computers. It is the highest compliment I've received in my life.

I love dosas. Dosa is a south Indian dish. A better version of a crepe (shots fired) or a ridiculously thin pancake. Sempi (5yo) is also a huge fan.

I'm making dosas for his breakfast and he requested that I make the dosas into shapes for him. He requested a police car. I was happy to oblige. 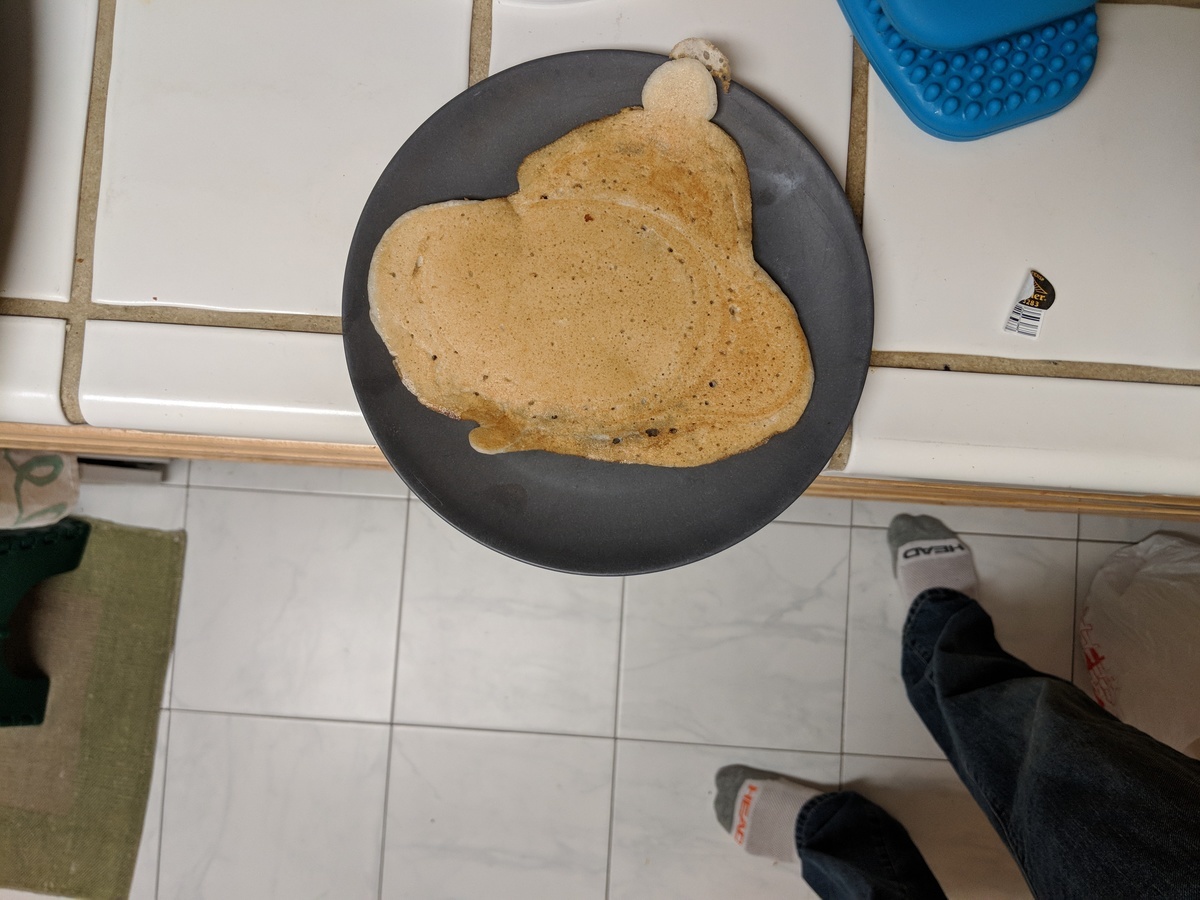 Me: A police car.

Sempi: It looks like a spaceship. Next time add some wheels to it. 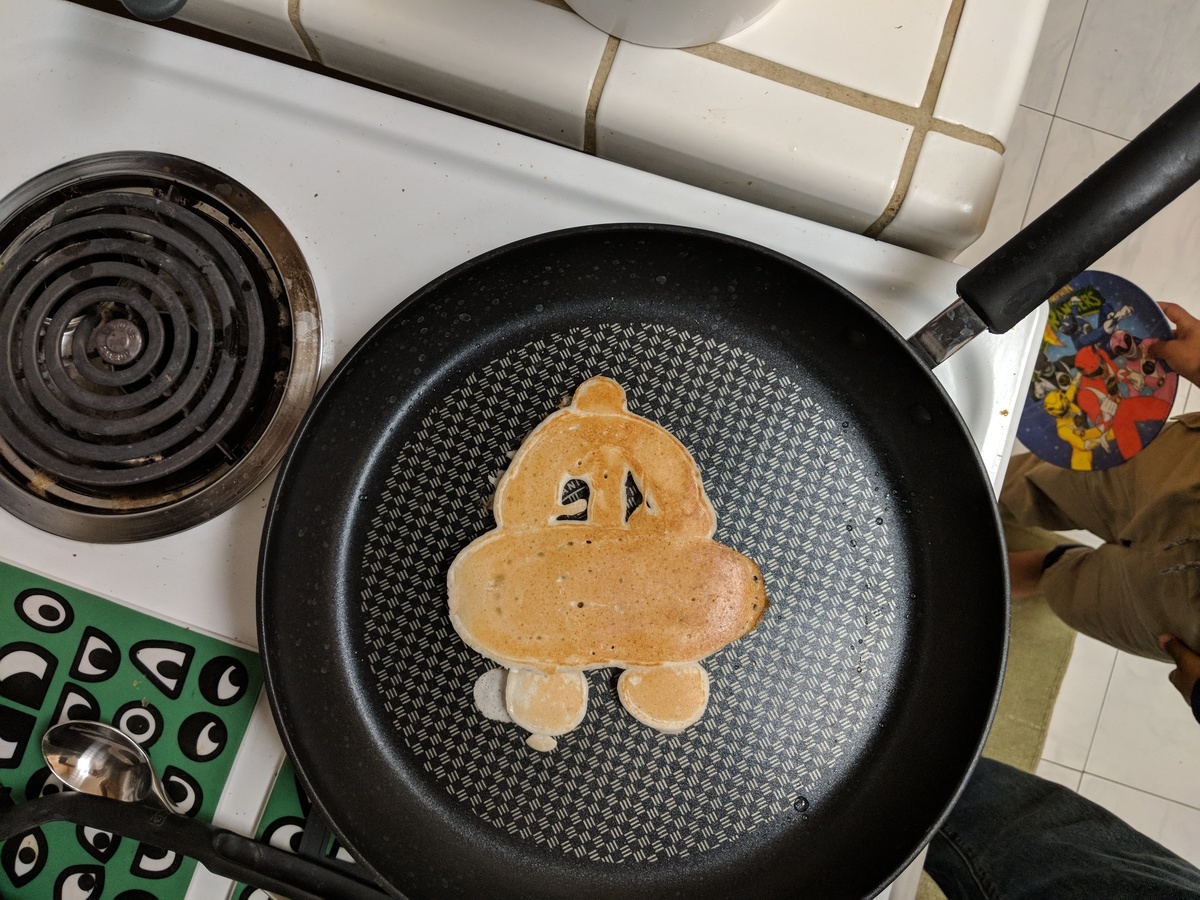 Vian has been picking up a few words courtesy of Sempi. The words he has picked up so far are the ones that Sempi uses with forceful emotion.

﻿Whenever Vian tries to take Sempi's toys, Sempi yells "STOOOOP" with conviction and distress. So that's the first word that Vian decided to pick up. Now he uses it with us generously. He can't quite pronounce the sound "ssss" so his STOP sounds like "TOP".

It's a catch all phrase for stopping anything that is unpleasant. So far he has used it to stop me from giving Yoshi hugs in front of him (jealousy). It is hilarious to watch him command his toys to "TOOPPP" when they keep sliding off of the couch or the table where he's playing.

﻿This is the second word that he's picked up from Sempi. But the twist is, Vian says NO with a tinge of joy and pride. We've asked Sempi to ask Vian's permission before taking toys from Vian's hands. Sempi being the older, more responsible brother will ask politely "Vian can I please play with the toy you have in your hand?" and Vian responds "NO" with a smile and enthusiasm. It looks absolutely savage when witnessed in person.

﻿This one, I'm very glad he's picked it up from Sempi. Sempi is a total book worm. He asks us to read a book as soon as he wakes up, while eating, while lounging, right before bedtime, even while driving (instead we listen to podcasts while driving). Now Vian has picked up on this and he demands that we read to him while he eats. He can't pronounce "R" or "D" so it sounds more like a "WEE", "WEE". He get so excited about this that he would keep asking us to read even while we're reading him a book.

When I drop off Sempi at school, I walk him to the front desk where they have name badges for the kids arranged in random order. I ask Sempi to pick out his badge while I sign the sign-in sheet. This is my way of training him to recognize his name.

This morning he told me, "Appa, do you see how the safety pin is attached sideways to my badge? I did that yesterday so I can find my badge easily in the mornings".