When I was a little kid which was about three or four years ago I used to go to IKEA with Yoshi. Whenever we went I always wanted to get their $1 ice cream. Sometimes Yoshi would indulge and other times I was too much of a wuss to ask her.

Today I went to Ikea with my son and my mom. After sending my mom to go sight see the various displays, we decided to hit the food court. Sempi said that he wanted a slice of pizza. I said sure then I crouched down next to him and asked him "Sempi I was thinking about getting you an ice cream". He thought for a moment and then said "But I was going to eat a slice of pizza". He did not realize that I was offering to buy him both a slice of pizza as well as ice cream. So I told him okay you get the slice of pizza and I will get the ice cream and I can share mine with you. He was excited about that proposition. Here's me eating the ice cream with him right before I drop the ice cream. 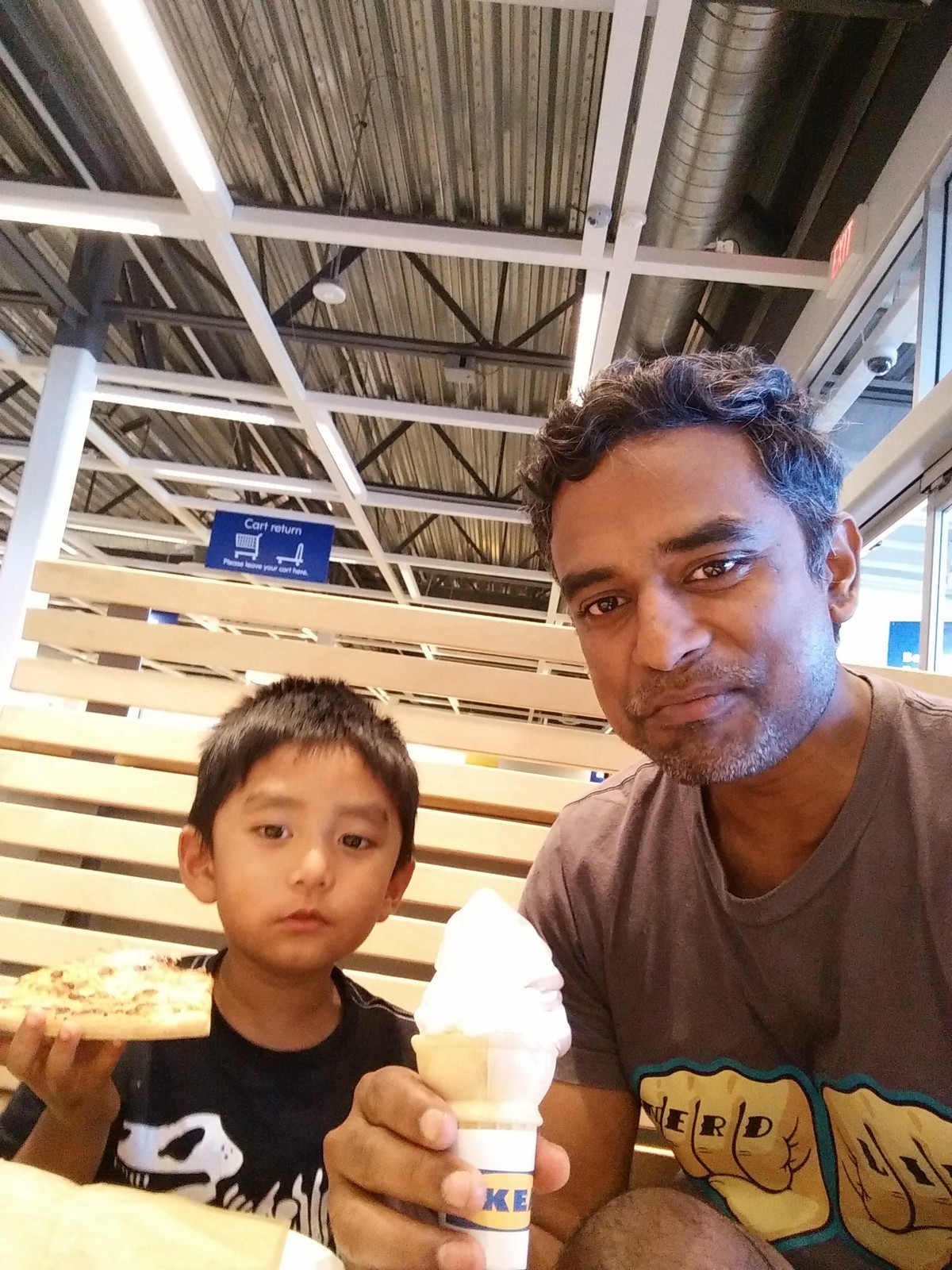 We manage to salvage most of it when I caught it mid air. It wasn't graceful but that never stopped us from finishing off the rest of it.