I now have a rhythm. Things seem to be getting easier.

I have a whole new appreciation for Portland parks and museums. You might remember that we spent an entire day (6 hours is an entire day in toddler time) at the Children's museum last week. This week we spent an afternoon at OMSI. I took Yoshi's e-bike and hitched the trailer. It was a nice sunny day and half way there I noticed the hitch was rattling. We made a stop at a bike shop to borrow a wrench. The name of the shop was Free Wheel Bikes. I was trying to show him the bolt that needed tightening. He heard me saying the trailer is attached to the bike and offered to get me a size 14 wrench since that fits best with bolts on an axel. When we walked back to his tool rack in measured steps, I realized (to my total surprise) that he was blind. Which explained why that bike shop was the most well-organized shop I've seen in my life.

We got to do a lot of new activities together.

We built some electronic circuits. Thanks to my coworker Joe for introducing me to the circuit club called Tron Club. This week we got our first circuit kit and we made some blinking LEDs. He was enthusiastic for about two hours and then the enthusiasm waned when he realized we're not building anything with wheels. I see a bright future building robots with him. :)

Drinking some victory juice after building a circuit with a photo-resistor. 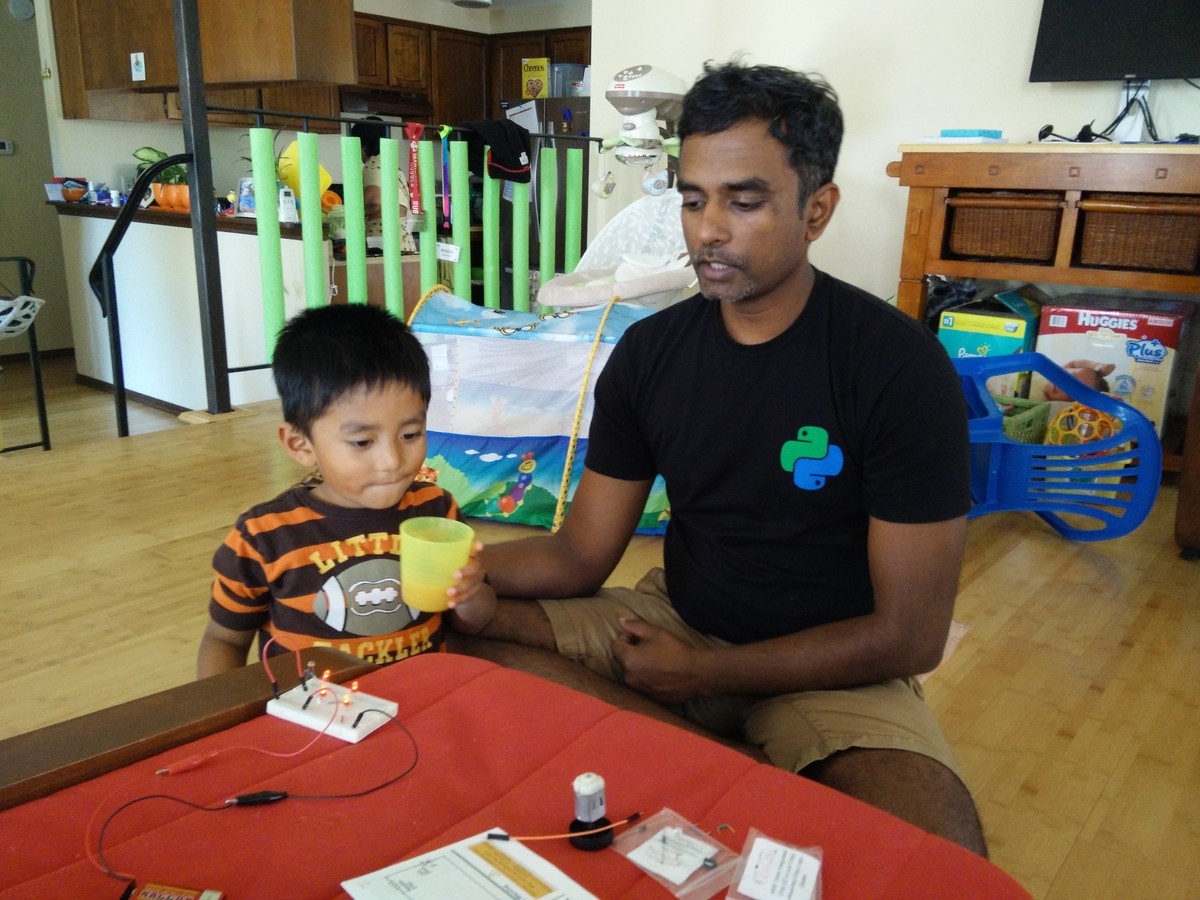 We went rock climbing at Circuit Gym. He thought that's where they made the circuits, but he wasn't too disappointed when we go there and there weren't any circuits. He loved the slide for coming down from the top. He liked it so much he decided to climb up the slide instead of the rocks. I had to use  positive reinforcement to get him to climb on the rocks. 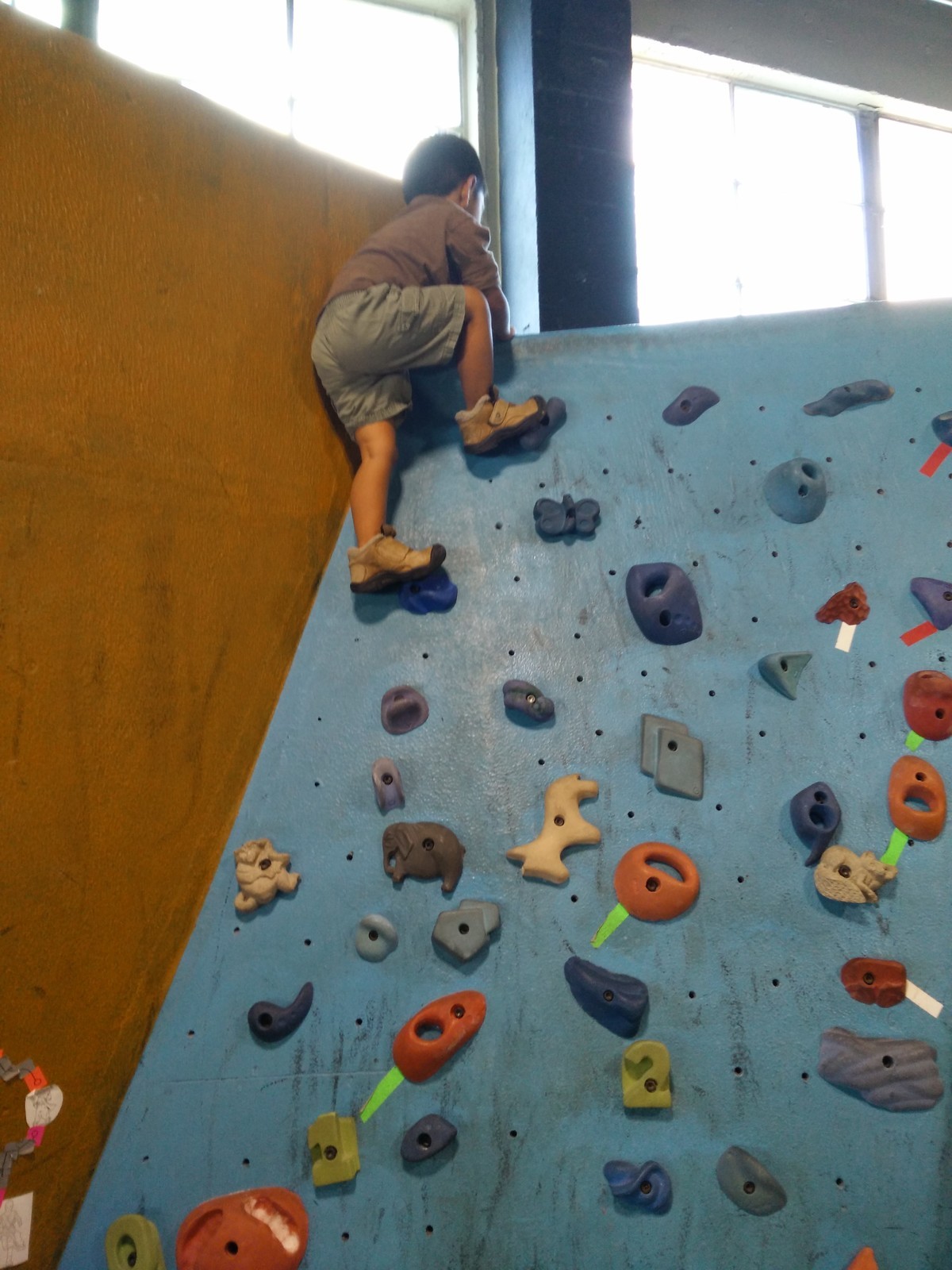 Enjoying a well earned treat after a tough climb. :) 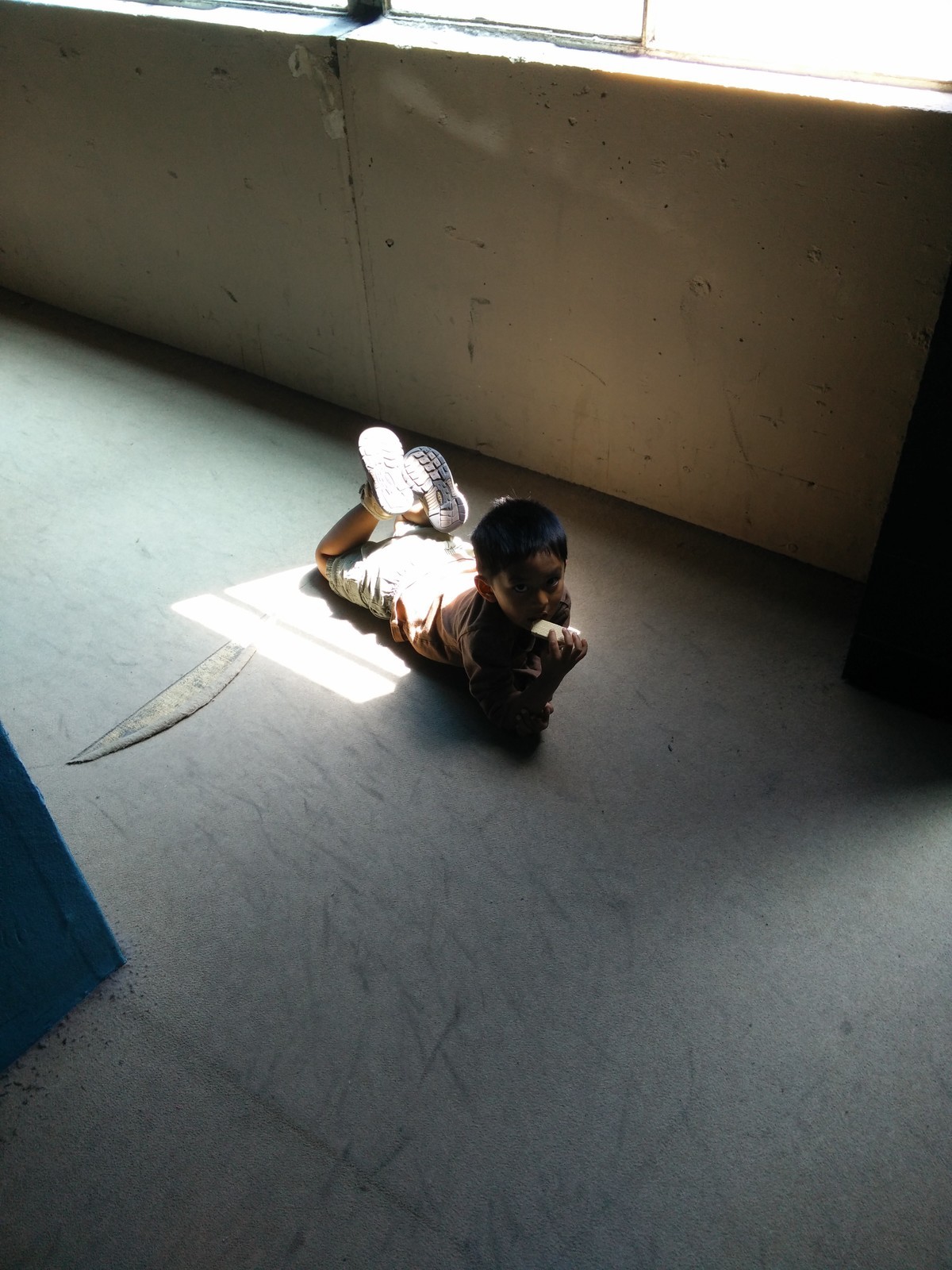 Weekends are still a mixed bag. Saturday we went to Train day to see a few elaborate displays of model rail road exhibits. Sunday was a mellow day, it was speckled with rough patches but all in all a pleasant day. 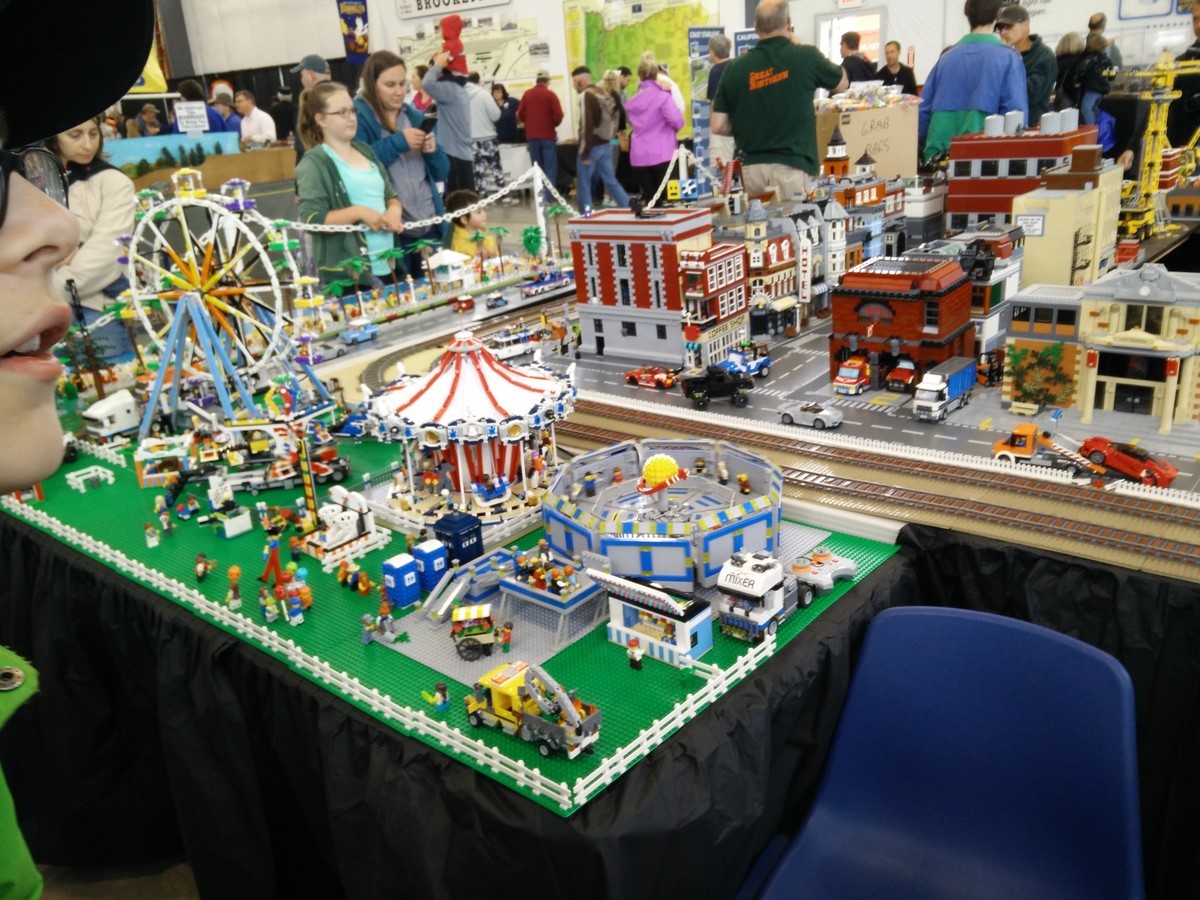 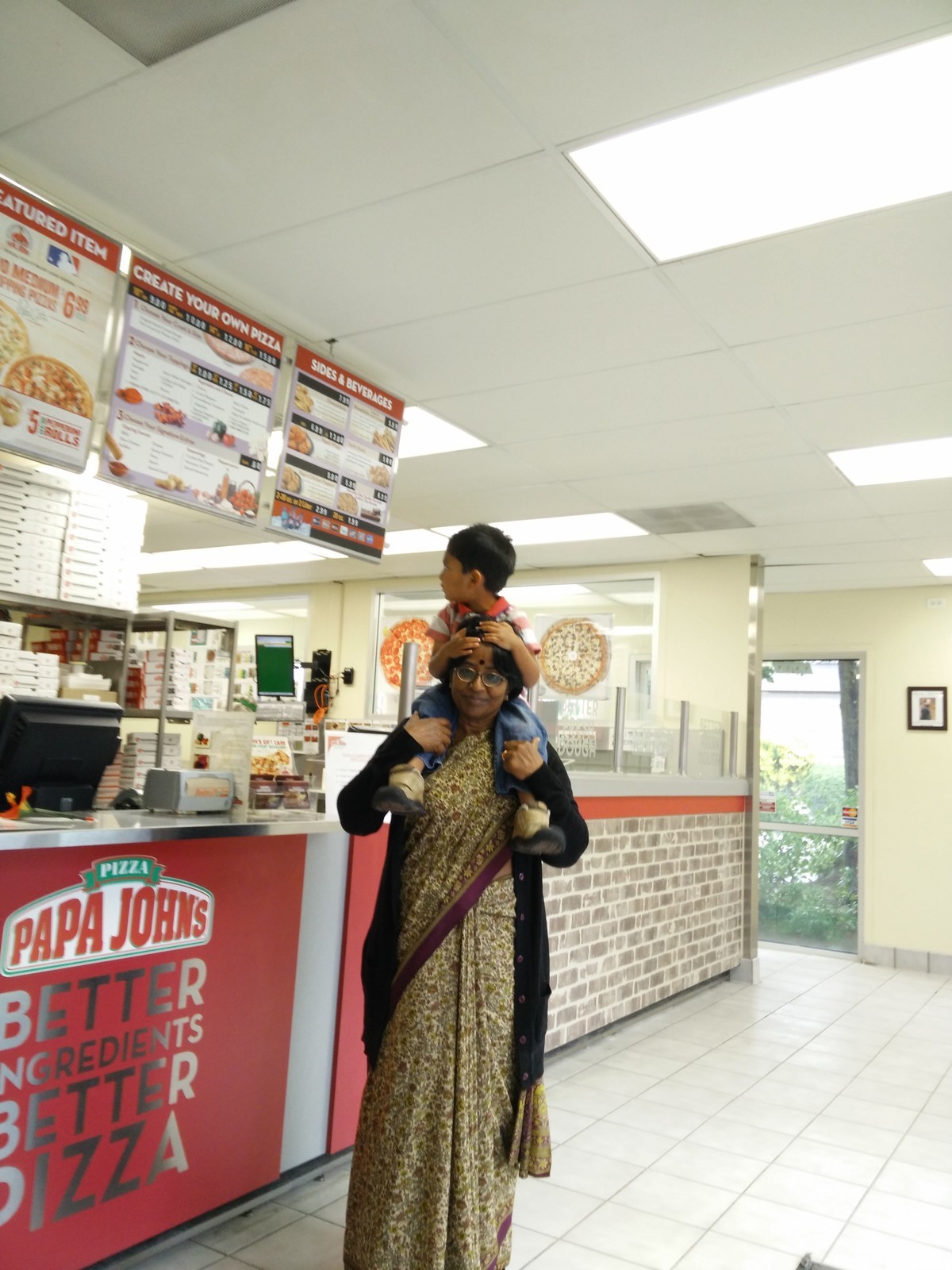 I got to bond with Vianvilari some more. We started going on walks around the block.

Yoshi got some decorated diapers at her baby shower which made diaper changes fun for me. We have some of the best friends. 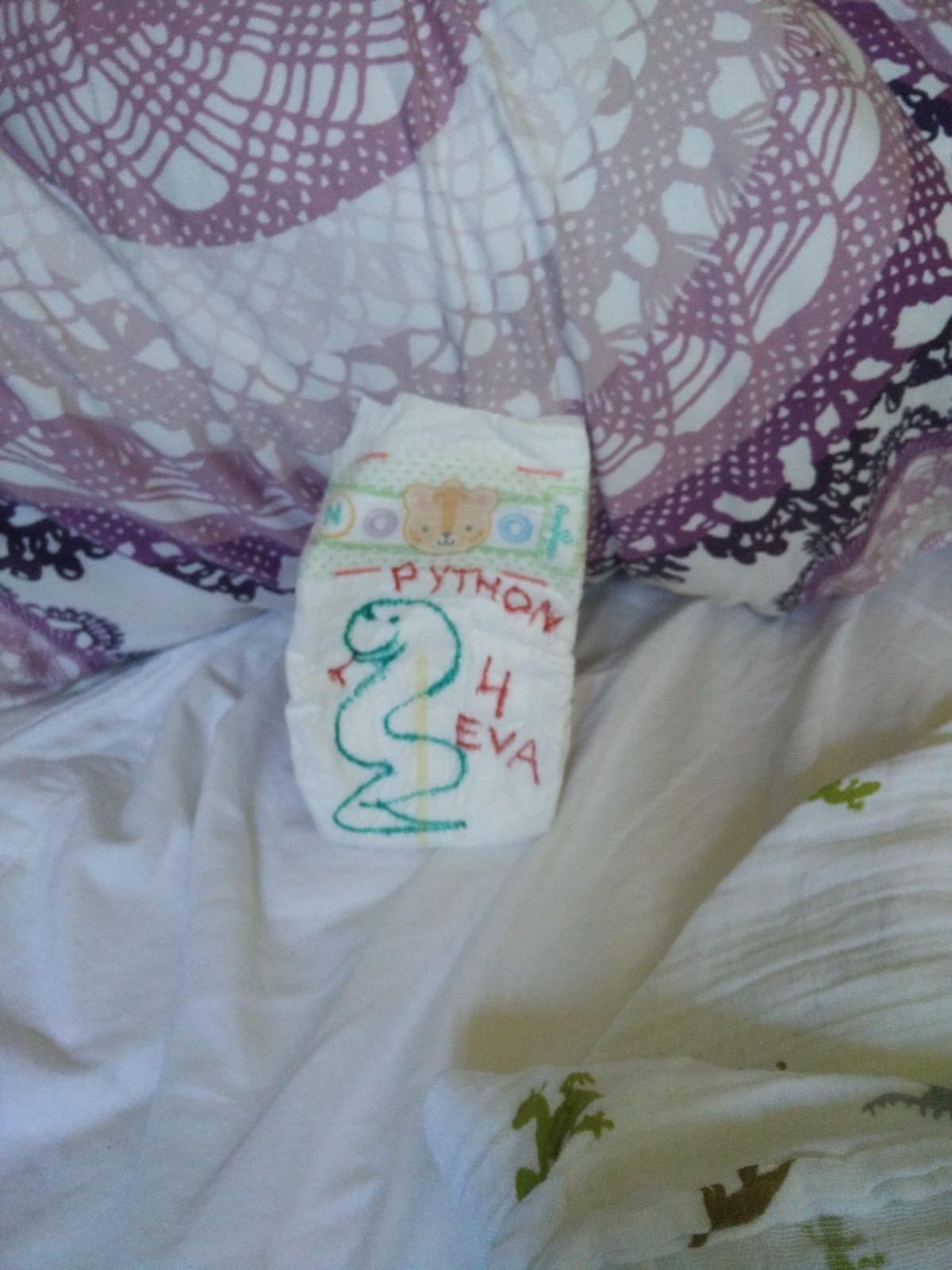