Last Sunday Sempi decided he wanted to setup a lemonade stand. Yoshi and Sempi went to store to pick up a bunch of lemons and spent the morning hand squeezing them. 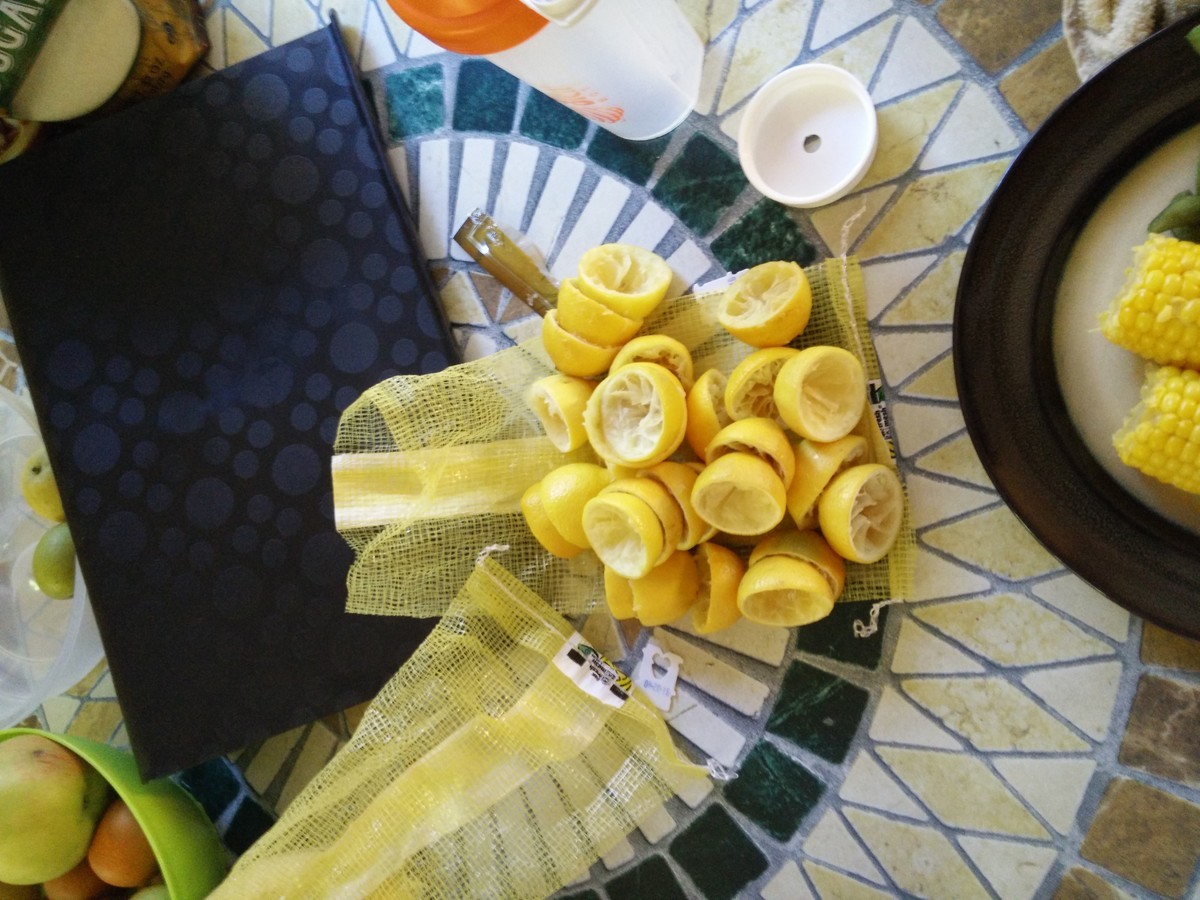 It was made with the finest ingredients (cane sugar and ice cold water). Yoshi said she can help make the signs and Sempi declared that he's going to give free lemonades. He insisted that he won't charge for his lemonade. 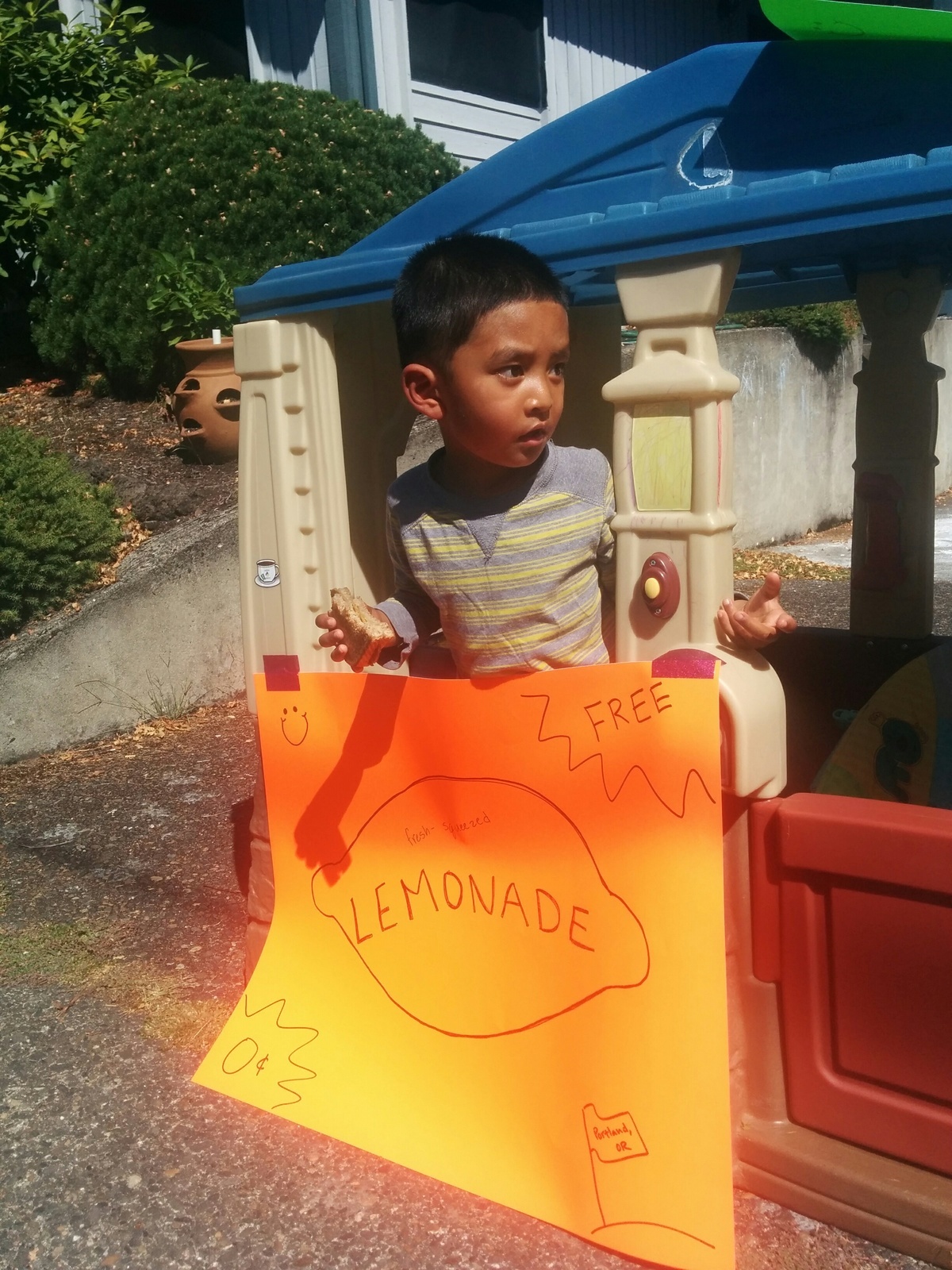 At this time I'm beaming with pride with his decision to give away his lemonade for free.

He sat out in the scorching sun in the middle of the day calling out to passersby "Free Lemonade". When people came over his first words were "you don't have to pay, this is free lemonade". Then he diligently poured some lemonade in a cup and handed it over.

Our neighbor across the street came over for some lemonade. He not only gave him a few quarters as tips and he was also the salesman of our fine stand. Calling out to bikers and walkers to come taste the delicious free lemonade. It was a grand success.

At one point even Vian was sitting inside the little lemonade stand helping his brother. 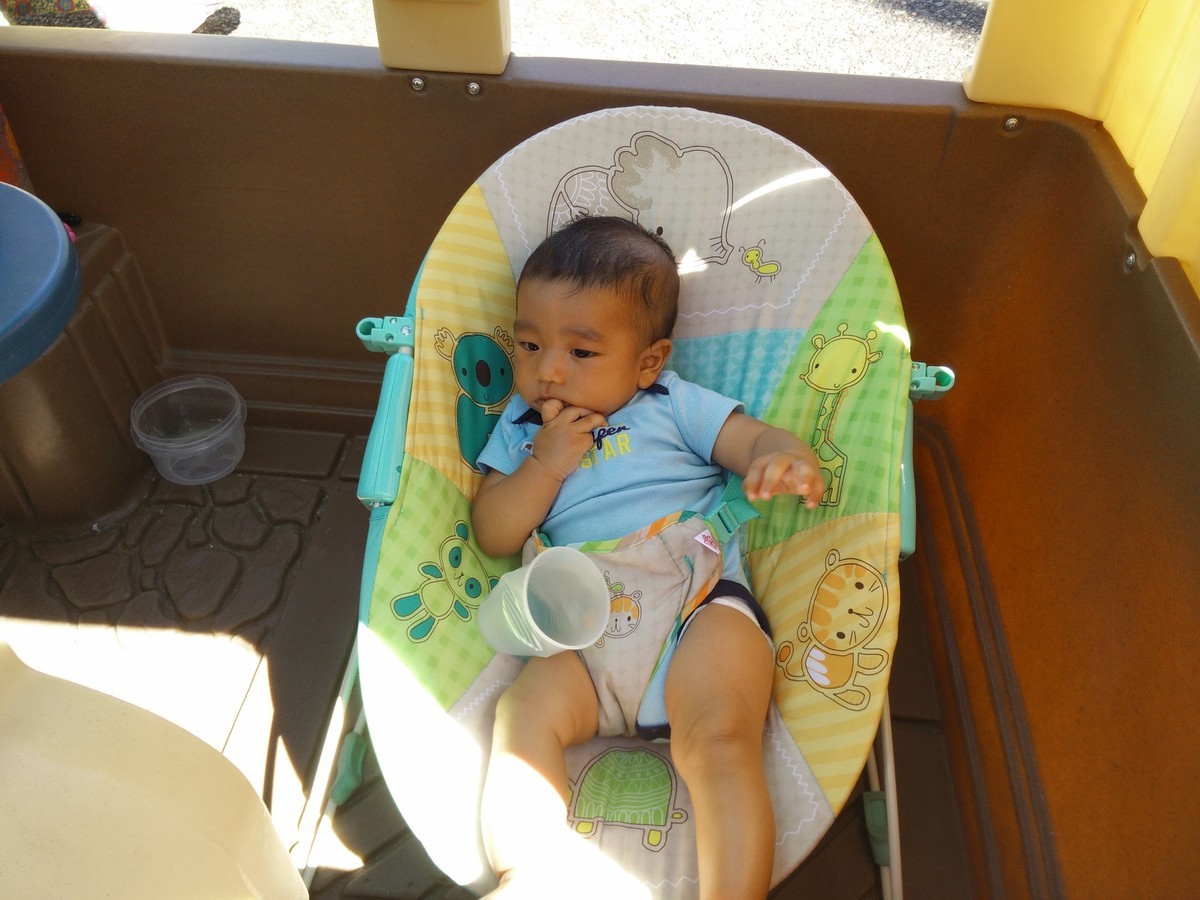 I'm incredibly proud of my son's decision to setup a free lemonade stand. He is the best.