Vian is eating dates that I bought from the Indian store. He seems to be a fan. I take another date out of the package for myself. Vian intercepts my new date even though his mouth is full. I'm curious to see his next action. He takes the old date out of his mouth and shoves it into my mouth and then proceeds to eat his new one.

We were sitting at a restaurant eating brunch. Yoshi got Calamari which was served with a lemon. Sempi is sipping his orange juice. Suddenly he drops this pearl of wisdom.

Why do we call an orange, orange but don't call a lemon, yellow?

Yoshi and I both choked on our food from laughing so hard.

We're all having dinner as a family.

Sempi is complaining about the food. He eats a little, here and there. Yoshi warns him to eat well or he might get hungry later. He doesn't pay any attention.

Dinner is over and he's ready for bed. Yoshi is reading him a story. Sempi declares he's hungry now.

Yoshi: You should have eaten well when we were all having dinner.

Yoshi: It's not dinner time. We just brushed your teeth. Go to sleep Sempi.

Sempi: I don't know why you're making me starve.

Naturally, he's now out of the bedroom eating an orange.

The boy just has a way with words.

It was a dark and stormy evening. The rain was pouring down. A young couple pulled into an apartment complex in the middle of Portland. The wife was pregnant and the husband was clueless (as always). Despite his cluelessness, they thrived in the city. They made new friends and established their roots. The husband sprouted gray hairs and the wife grew motherly. Before they knew it, five years have gone by. With a new kid in tow and a toddler running ahead, they're off to a new city to start anew.

For anyone confused by that paragraph, that's my way of saying we're no longer in Portland. I'm incredibly thankful to NewRelic for bringing me to Portland and raising me into an adult. I've forged friendships that'll last my lifetime. I created things that marked my name in the sand. I found a mentor who accelerated my career growth. I met coworkers who became best friends and confidants. I met humans who were caring and helpful. Thank you Portland, for enriching our lives.

I'm off to the Bay Area to work for Netflix. I'm sure the future holds wonderful opportunities, I'll always remember Portland as the city that doubled our family. Once a hippie, always .... 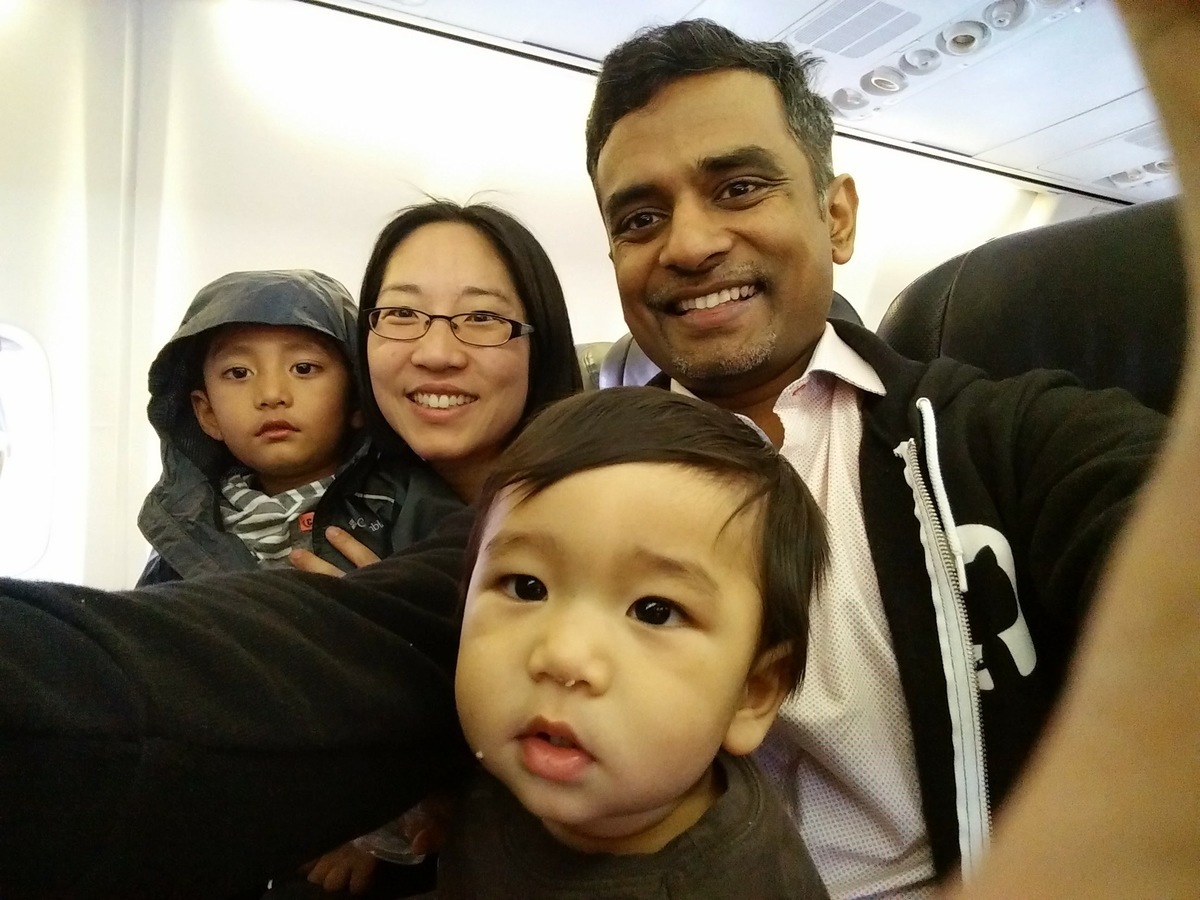 I'm playing Tamil songs on the computer and busting my moves.

Sempi: Appa why does this song keep saying 'poop'.

Me: Haha. It's not saying 'Poop', it's saying 'poo'. I guess that's not any better. In Tamil 'Poo' means flower. They're singing about a flower.

Me: Yeah. But to be fair we had that word a long time before English. English stole it from us.

Sempi: How do you steal words?

Me: Ok. I was just kidding. Tamil people heard the sound 'poo' and decided it's such a beautiful sound, we'll use it to mean flower. English people heard the same sound and figured it's a fitting word for excrement.